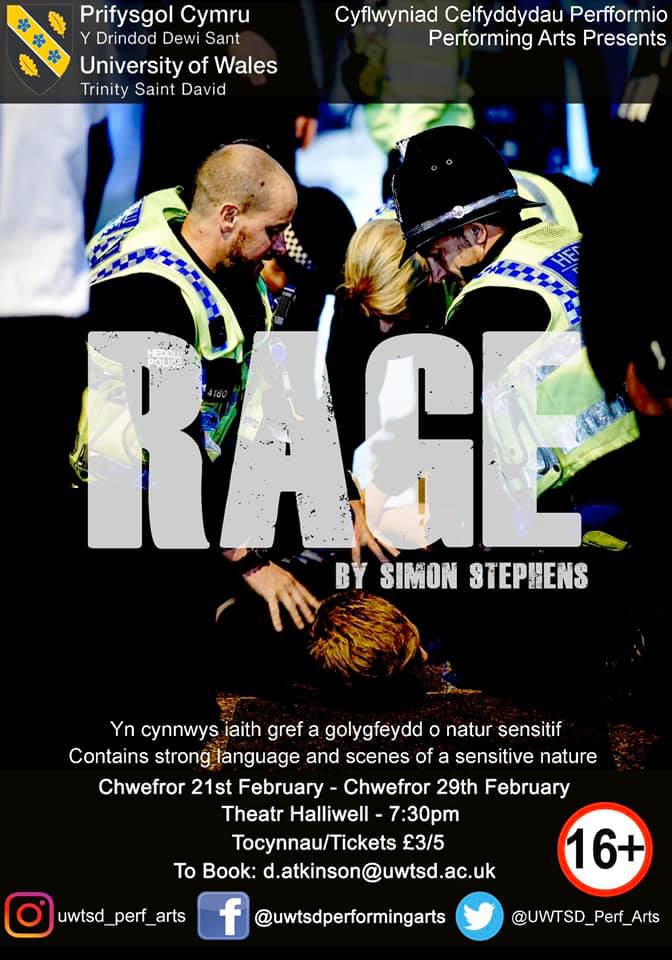 RAGE is a gritty, action packed, exsplosive production, making comments on police brutality and modern day, western society as a whole. Set on New Years Eve, we watch a town slowly decend into a drunken madness, with constant visits from the police. Directed by Peter Doran and Lynne Seymour. RAGE showcases the excitment, dillusion and chaos of a night out on New Years Eve in a popular British city.

Written in line with Elfiede Jelinek’s, ‘Wut.’ Stephens, took inspiration from photographer, Joel Goodmans viral series, ‘New Years Night Revellers.’ Writing a scene for each of the 31 photographs. After producing and revising the play with RWCMD students in 2019, UWTSD gives their own take on this eye opening play.

In Partnership With:
UWTSD